I hit the trail next to the Nature Center as the sun was rising. The temperature was a brisk 57° F, but warmed to the low 60s as the morning progressed. 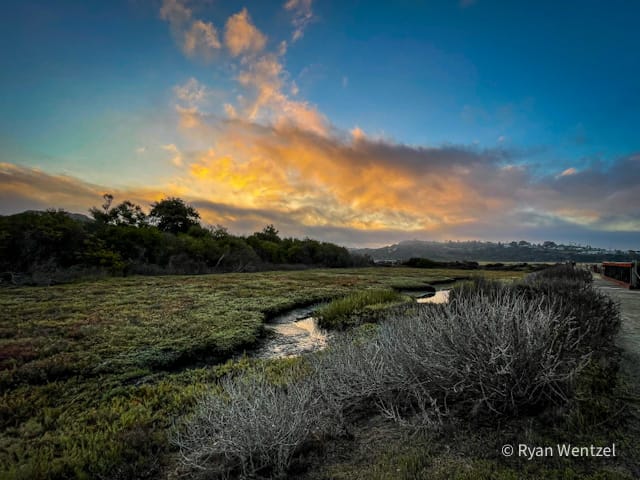 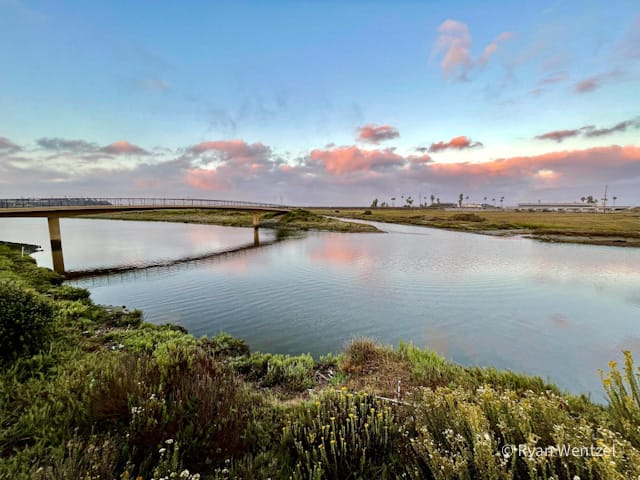 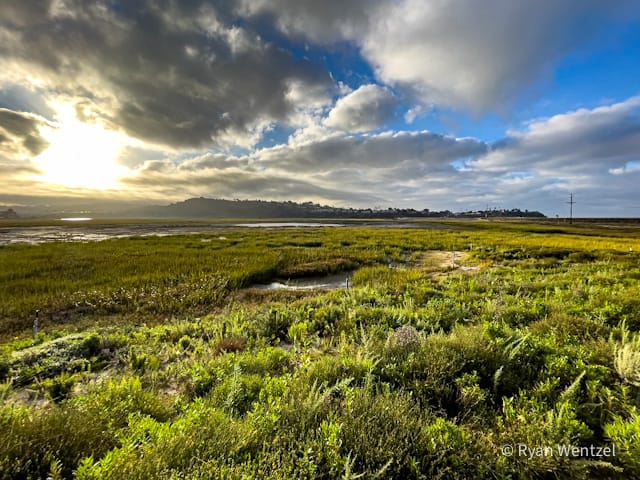 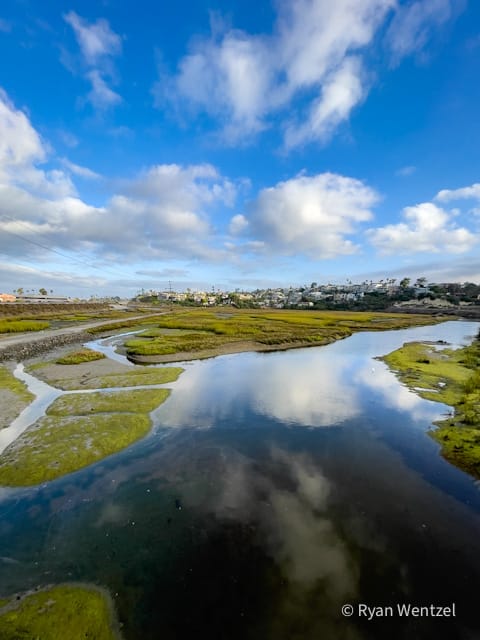 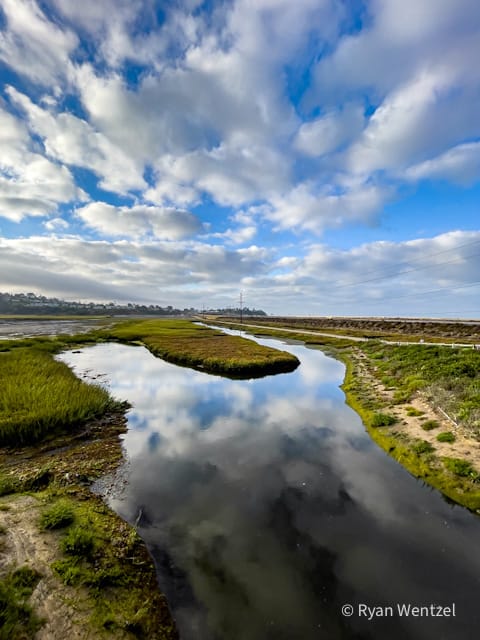 I didn’t go far for the first hour and a half. I simply stayed close to the estuary channels outside the Nature Center. Highlights included a pair of Belted Kingfishers zipping around, a White-tailed Kite hunting above the marsh, and an Osprey enjoying breakfast (see the full checklist).

Around 8:00 A.M., I headed south on the Pole Road Trail. I saw many different types of shorebirds on the mudflats east of the trail, including Long-billed Curlews, Greater Yellowlegs, Least Sandpipers, Western Sandpipers, and Willets. In the lagoon area west of the railroad tracks, I found more Least Sandpipers, Western Sandpipers, and Willets. In addition, I spotted several Killdeers, Semipalmated Plovers, Black-bellied Plovers, and Royal Terns. Songbirds were active in the area south of the pump station. 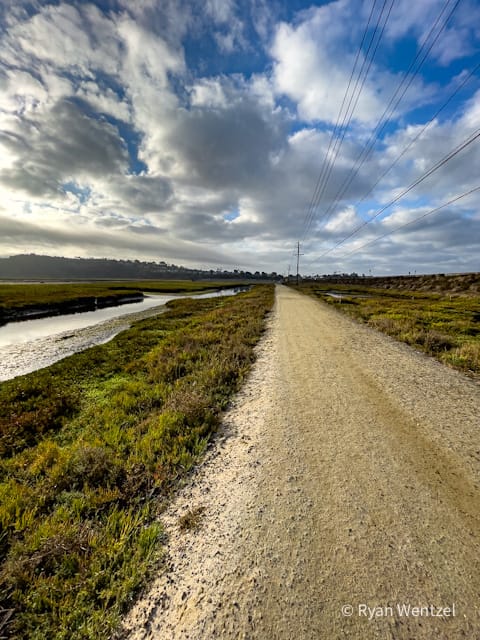 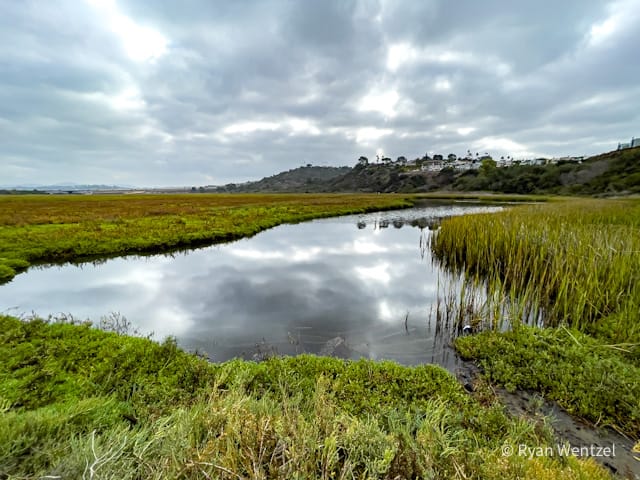 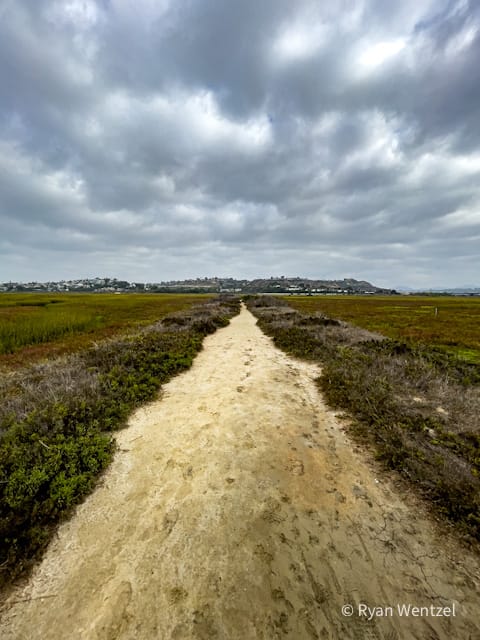 Near the Rios Road trailhead, I turned around and headed back along the Pole Road Trail, following it until it reaches the water’s edge (see the full checklist). 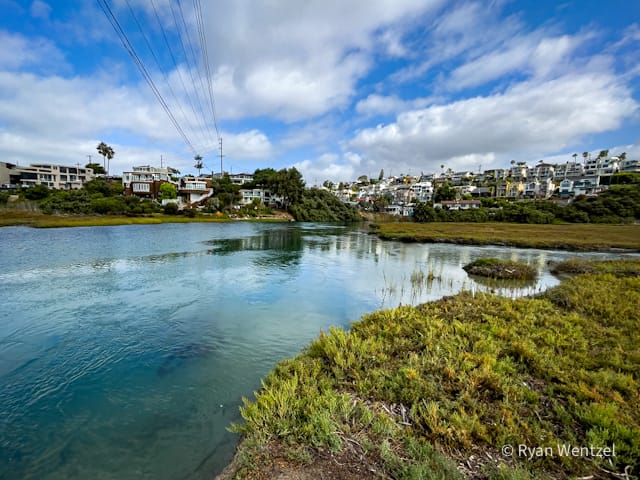 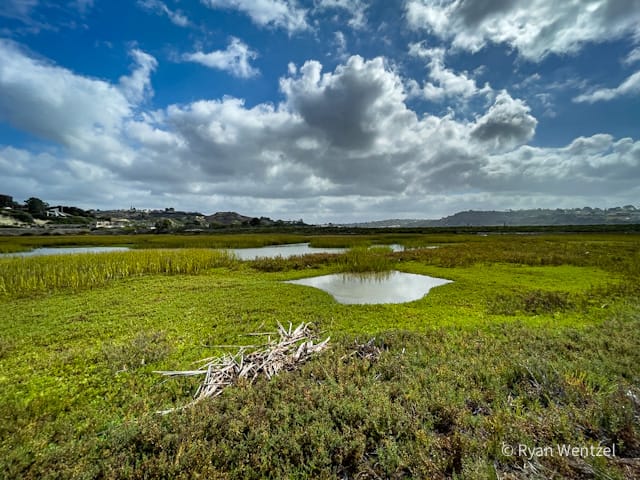 Close to 11:00 A.M., I decided to check out the Nature Center loop trail before calling it a day. I didn’t spend much time exploring, but I kept a checklist anyway. 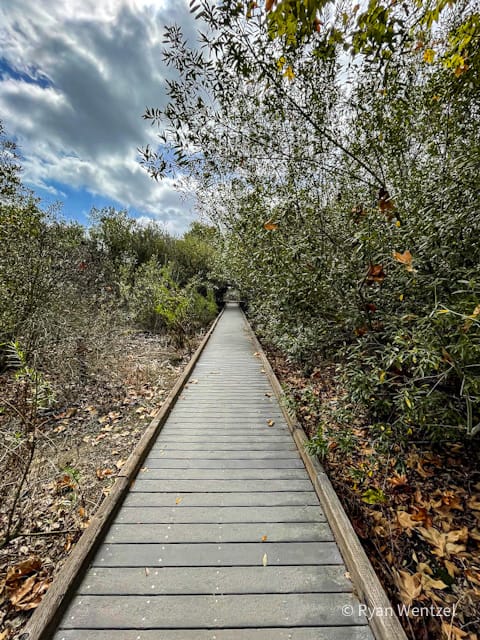