I'm planning to read, and in some cases, reread, several books this summer.

Below is the first batch (with the publisher's description included). I'm going to work on these before adding others to the list. 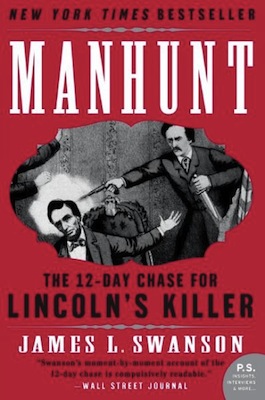 The murder of Abraham Lincoln set off the greatest manhunt in American history. From April 14 to April 26, 1865, the assassin, John Wilkes Booth, led Union cavalry and detectives on a wild twelve-day chase through the streets of Washington, D.C., across the swamps of Maryland, and into the forests of Virginia, while the nation, still reeling from the just-ended Civil War, watched in horror and sadness.

James L. Swanson's Manhunt is a fascinating tale of murder, intrigue, and betrayal. A gripping hour-by-hour account told through the eyes of the hunted and the hunters, this is history as you've never read it before.

The Meaning of Marriage: Facing the Complexities of Commitment With the Wisdom of God

Based on the sermon series by Timothy Keller, this book shows everyone—Christians, skeptics, singles, long-time married couples, and those about to be engaged—the vision of what marriage should be according to the Bible.

Modern culture would make you believe that everyone has a soul-mate; that romance is the most important part of a successful marriage; that your spouse is there to help you realize your potential; that marriage does not mean forever, but merely for now; that starting over after a divorce is the best solution to seemingly intractable marriage issues. All those modern-day assumptions are, in a word, wrong.

Using the Bible as his guide, coupled with insightful commentary from his wife of thirty-six years, Kathy, Timothy Keller shows that God created marriage to bring us closer to him and to bring us more joy in our lives. It is a glorious relationship that is also the most misunderstood and mysterious. With a clear-eyed understanding of the Bible, and meaningful instruction on how to have a successful marriage, The Meaning of Marriage is essential reading for anyone who wants to know God and love more deeply in this life.

The Peacemaker: A Biblical Guide to Resolving Personal Conflict 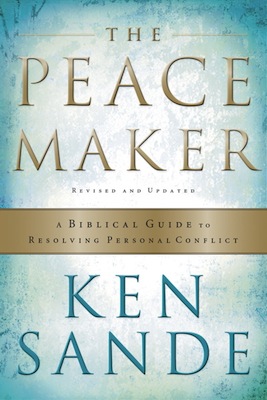 Jesus said, "Blessed are the peacemakers." But it often seems like conflict and disagreement are unavoidable. Serious, divisive conflict is everywhere-within families, in the church, and out in the world. And it can seem impossible to overcome its negative force in our lives.

In The Peacemaker, Ken Sande presents a comprehensive and practical theology for conflict resolution designed to bring about not only a cease-fire but also unity and harmony. Sande takes readers beyond resolving conflicts to true, life-changing reconciliation with family members, coworkers, and fellow believers.

Biblically based, The Peacemaker is full of godly wisdom and useful suggestions that are easily applied to any relationship needing reconciliation. Sande's years of experience as an attorney and as president of Peacemaker Ministries will strengthen readers' confidence as they stand in the gap as peacemakers. 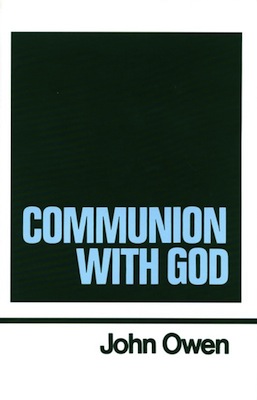 In 1657, John Owen produced one of his finest devotional treatises: probably originating from the substance of a series of sermons. He examines the Christian's communion with God as it relates to all three members of the trinity. He assures that every Christian does have communion with God, no-one is excluded and that this communion takes place distinctly with Father, Son and Holy Spirit.

This was a controversial work in ecclesiastical circles of the 17th century. Twenty years after its publication, the rational ecclesiastical elite were scoffing at it's contents. Owen strongly defended the ideas within this book, and history has shown him to be right! It is a classic of Christian devotional thought that still influences the church today. 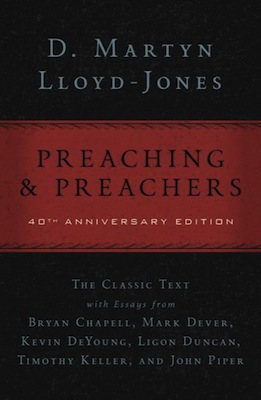 For over 30 years, Dr. Martyn Lloyd-Jones ministered at Westminster Chapel in London. Today, he is widely considered one of the greatest preachers of the 20th century. Based on a series of lectures originally given by Lloyd-Jones to the students of Westminster Theological Seminary in 1969, this collection of essays on the essence of powerful preaching has become a modern classic.

Lloyd-Jones defends the primacy of preaching, showing that there is no substitute, and he challenges preachers to take their calling seriously: 'The most urgent need in the Christian Church today is true preaching.' He also provides practical direction on the task of preparing a sermon, sharing insights on the shape and form of a message, as well as covering such topics as the use of humor, giving invitations in a message, and the preacher's relationship to the congregation. If you can own only one book on preaching, make this the one.