During my lunch break last week a coworker asked me what I was reading. After I explained that it was a book on theology written in the early 20th century by a Dutch theologian, he replied, with unrestrained sarcasm, "that sounds really interesting."

I'll admit that many theological works are written in such a way that an insomniac could find some relief by reading them. It's a shame that this is the case because theology is far from boring. I'll let the Dutch theologian I mentioned above explain. 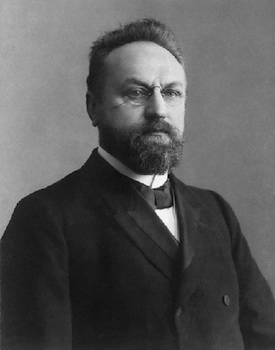 Dogmatics is the system of the knowledge of God as he has revealed himself in Christ; it is the system of the Christian religion. And the essence of the Christian religion consists in the reality that the creation of the Father, ruined by sin, is restored in the death of the Son of God and re-created by the grace of the Holy Spirit into a kingdom of God. Dogmatics shows us how God, who is all-sufficient in himself, nevertheless glorifies himself in his creation, which, even when it is torn apart by sin, is gathered up again in Christ (Eph. 1:10). It describes for us God, always God, from beginning to end—God in his being, God in his creation, God against sin, God in Christ, God breaking down all resistance through the Holy Spirit and guiding the whole of creation back to the objective he decreed for it: the glory of his name. Dogmatics, therefore, is not a dull and arid science. It is a theodicy, a doxology to all God's virtues and perfections, a hymn of adoration and thanksgiving, a "glory to God in the highest" (Luke 2:14).

Source of image: This image is in the public domain because its copyright has expired.