This was my first outing since checking out Ramona Grasslands Preserve in late June. I’ve missed wandering along the trails—watching, listening, not speaking. It’s good for my soul. 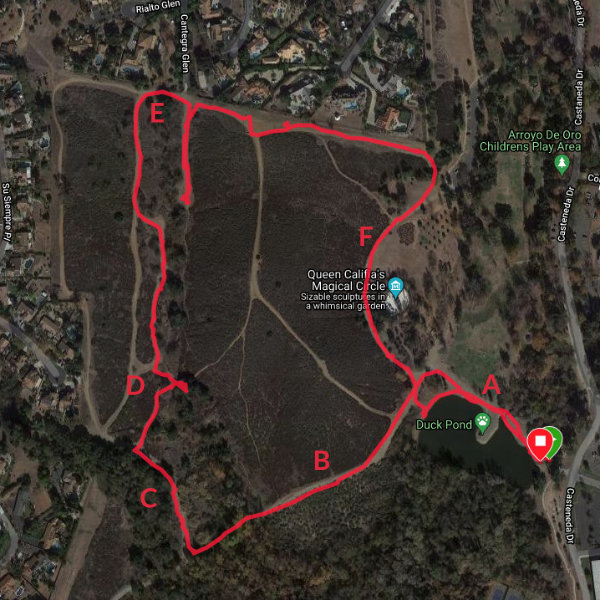 The weather was just right at 7:43 AM—68°F with clear, blue skies. I began by spending a few moments at the duck pond (A marker)—also known as Sand Lake or Eagle Scout Lake—watching a man feed a large group of mallards. As always, several domestic types were in the mix. The pond was active. Fifteen Snowy Egrets dotted the shore, along with two Great Egrets. I also spotted a few Pied-billed Grebes and a solitary Northern Rough-Winged Swallow. Later, at the end of the outing, a number of turtles—large and small—were sunning themselves. 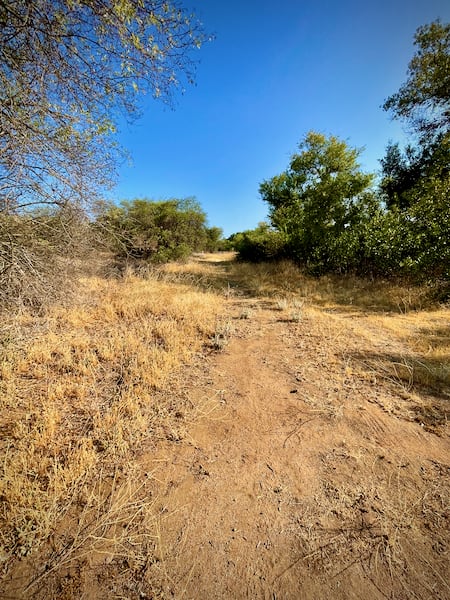 A runner expressed interest in what I was doing and asked whether I had seen any interesting birds. I told him about the Orange-Crowned Warbler I spotted just moments before.

After rejoining the Upper Valley Trail (E marker), I saw a large Red-tailed Hawk in the backyard of a home next to the trail. A few moments later, I spotted an Acorn Woodpecker drumming a gazebo in another backyard. Six California Quail were foraging next to shrubs where the trail intersects with the Kit Carson Park Loop Trail. 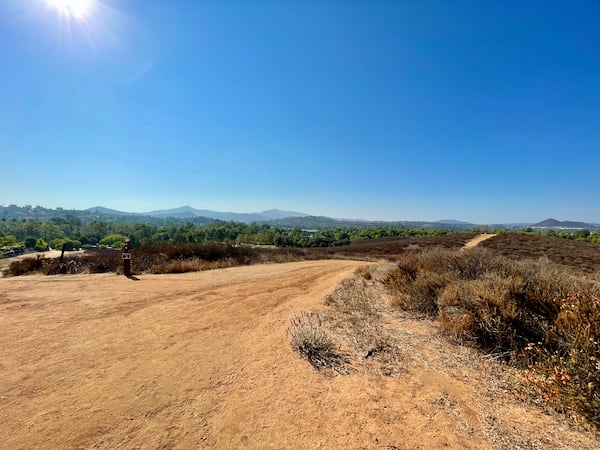 I proceed along a short section of the Kit Carson Park Loop Trail before connecting to the Iris Sankey Magical Garden Trail (F marker), which took me past Queen Califia’s Magical Circle (a sculpture garden). Just beyond the Magical Circle, I spotted a Mourning Dove, a Nuttal’s Woodpecker, and four House Finches all perched in the same tree. After a few more moments at Sand Lake, I called it a day.

After all was said and done, I observed 29 different species (131 individual birds) while covering 1.69 miles in 1 hour and 46 minutes. You can see the complete checklist here.