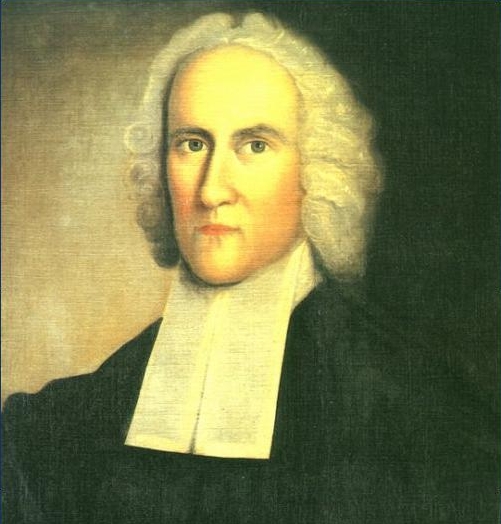 Jonathan Edwards (1703-1758) was an American theologian and preacher. He is probably best known for his sermon Sinners in the Hands of an Angry God. He was educated at Yale University and pastored Congregational churches in both Northampton and Stockbridge, Massachusetts. Shortly before his death he served as president of the College of New Jersey (now Princeton University). He is widely regarded as the greatest theologian America has ever produced. Edwards' works are still in print—twenty-six volumes in the Yale University Press edition—and continue to influence the Christian church.

The Jonathan Edwards Collection at the Beinecke Rare Book and Manuscript Library (Yale University) contains sermon manuscripts, theological notebooks, letters, and other material from Edwards' library. A number of the items from the collection are available to view online. This is fascinating stuff!

I've included some of the images below. Make sure to click through to see the high-resolution versions. 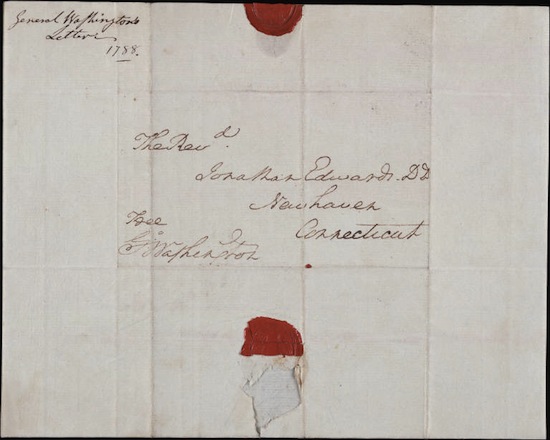 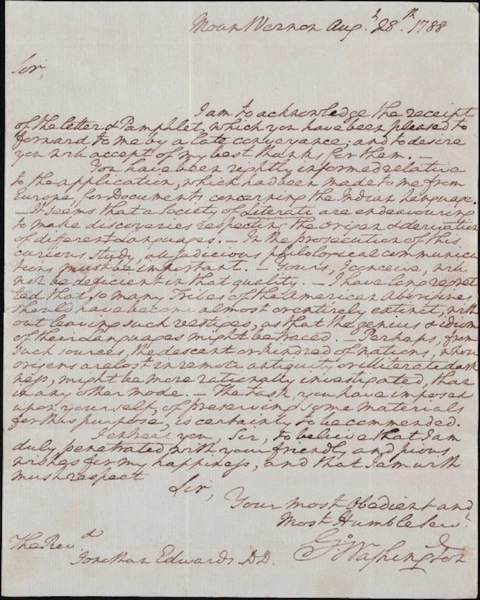 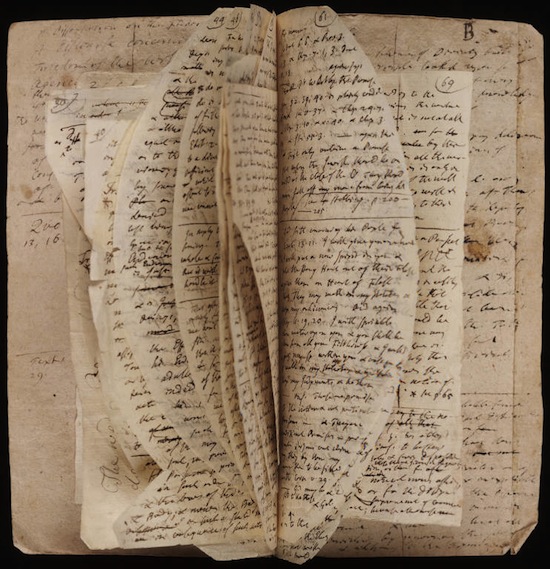 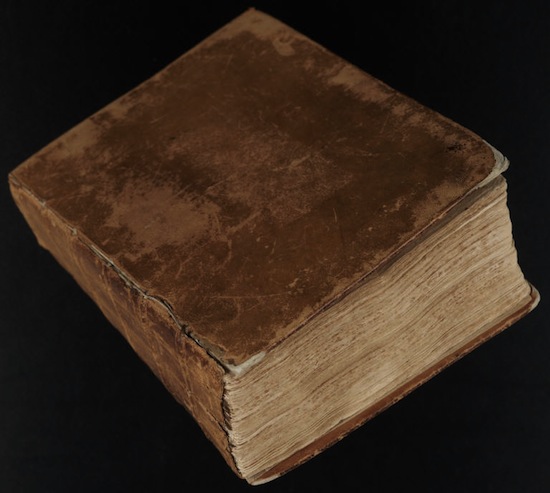 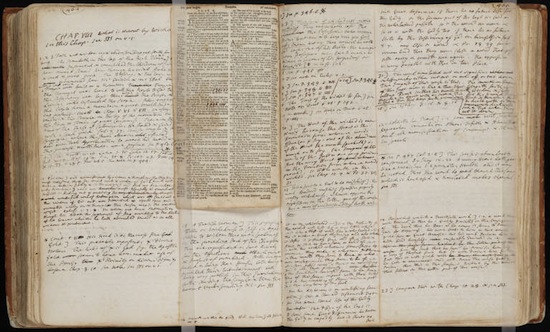 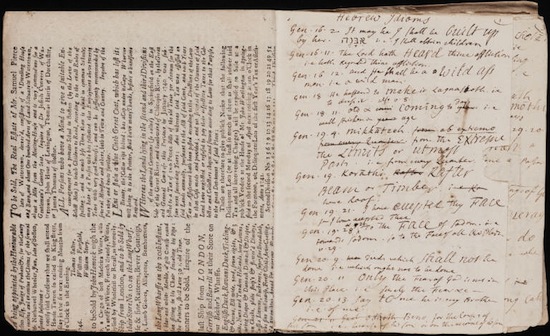 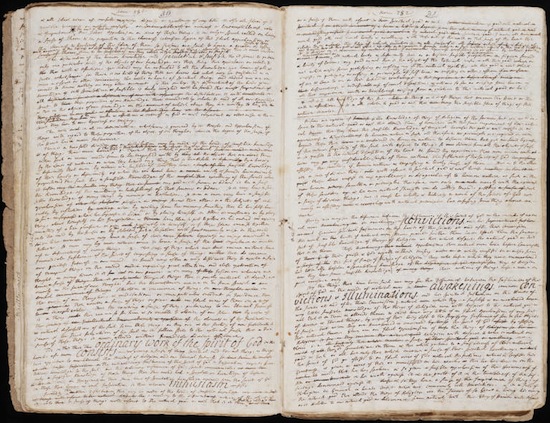 Farewell Sermon to the People of Northampton 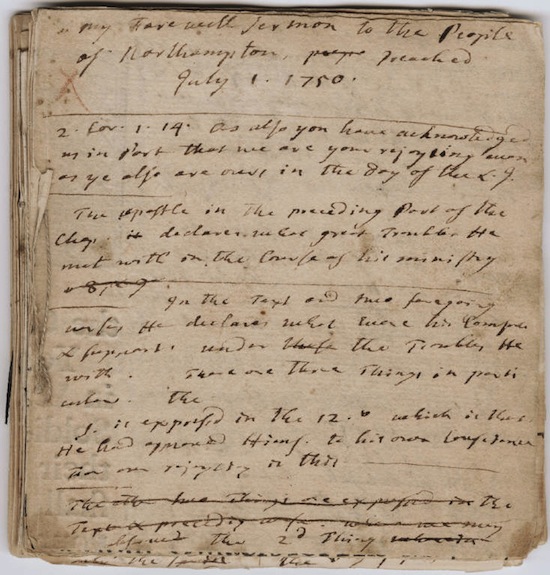 You can view the rest of the items in the online collection here.